Special Forces Heroes of the Week The brave men and women who protect our freedoms don’t do it for awards or recognition. Still, it’s always a time of celebration when they get the praise they deserve.

This week, we'll be honoring the achievements of The US Air Force’s 21st Special Tactics Squadron.

This unit is known for its valor, determination and tactical effectiveness.


It’s perhaps no surprise that, during Operation Freedom’s Sentinel, they were responsible for a variety of critical missions and completed them to perfection.

Here's just a brief rundown of their heroic feats and the awards they received in recognition of their efforts... 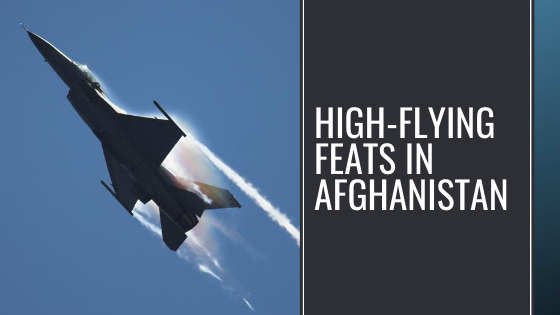 The USAF 21st Special Tactics Squadron earned a number of accolades during their time in Afghanistan – in fact, they participated in 241 direct-action raids during the winter of 2019.


In total, the airmen:

All of these feats made Afghanistan a safer place for our other military personnel. In return, the airmen received 12 Bronze Star Medals and another 4 Medals with valor – special decorations that mark exceptional ability or actions in times of crisis and danger. The 21st Special Tactics Squadron didn't stop there and earned additional awards for further activities in Iraq and Syria during the aptly named Operation Inherent Resolve: two high-danger places where our fighting men and women face terrible threats every day.

But the 21st Squadron met the challenge. Over 2019, they provided controlled fire support for ground units to assist their anti-ISIS activities. They also worked on nearly 200 coalition missions with the militaries of other nations, like the UK.

Their valor extended to humanitarian efforts, as the 21st Squadron provided vital supplies to over 40,000 refugees disturbed by the fighting. For all of these actions and heroic missions, the 21st Squadron received another 3 Bronze Star Medals, plus a handful of Army and Air Force commendation medals. The 21st Squadron later assisted military activities in Northwest and Eastern Africa, especially working with local African militaries to lend their aid for counter-terrorist actions when possible. Operations took place in Kenya, for instance, as local military personnel fought against Al Shabaab terrorists in the region.

These types of operations are only part of a growing international initiative to fight terrorism wherever it happens to strike. For us to defeat groups like ISIS or Al Qaeda once and for all, the US military and groups like the 21st Squadron must be willing to adapt and pursue the enemy wherever it’s necessary.


They’re flexible, competent, and fulfill their duties without the hope or expectation of reward.

They’re also among the best units for working with other military forces, in our shared goal of rooting out terrorism forever. We’re proud of the 21st Squadron, and we hope that they know all of America is on their side.

Their 2019 operations are just now becoming known – we eagerly look forward to hearing about what they've been doing so far in 2020!

Thank you for reading, check back every Thursday for tactical and special forces news from around the world, delivered straight to your inbox.