How Military Nutrition Stacks Up Against Civilian Diets 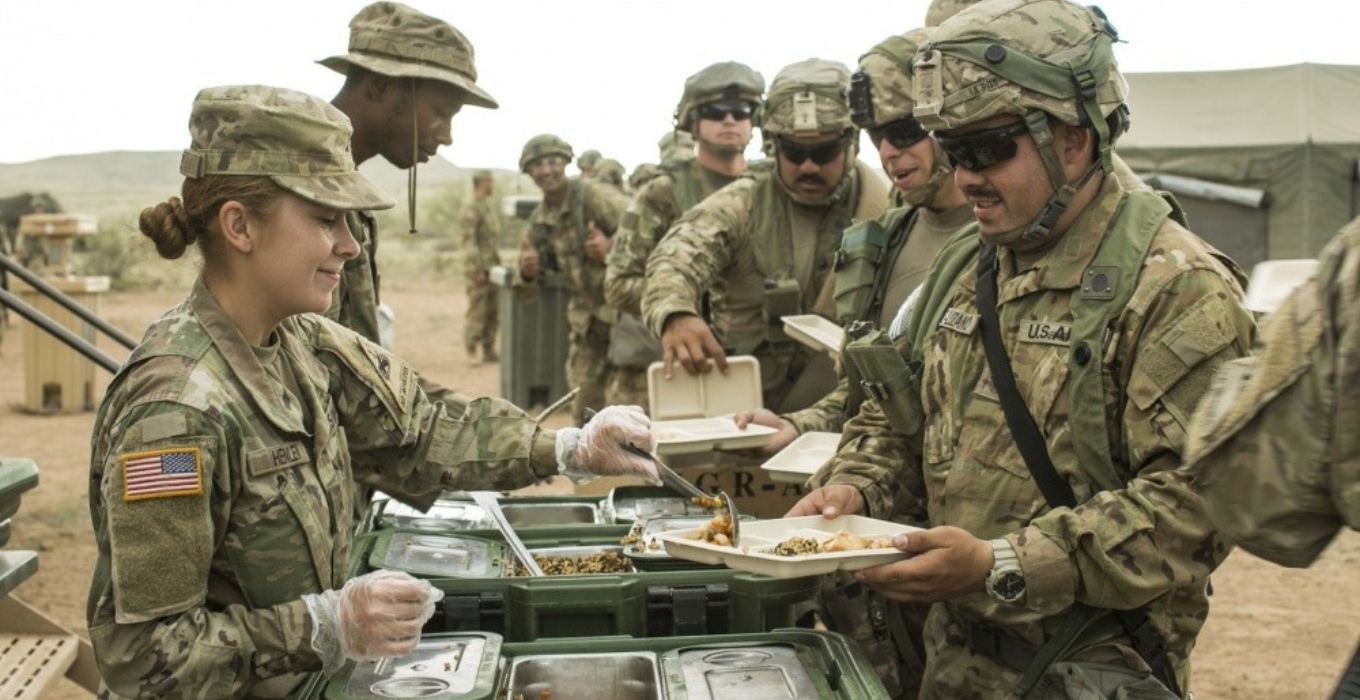 An honest look at how America really fuels its fighting forces…

Ever wondered what the food is like in the military? As it turns out, the stories you've heard are true. All of them. The good, the bad, and the ugly.

I’ve gotta say, compiling this piece was an eye-opener, and it's safe to say that military meals generally swing from one end of the scale to the other when it comes to presentation and taste.

From grand lobster dinners served on silver platters in the Officer’s Mess, to soldiers strapping a cow to a Humvee hood for a remote outpost barbecue... If you can imagine it, our men and women in uniform have eaten it - and more often than not, it's gulped down at lightning pace.

It goes without saying that America's military personnel have unique nutritional needs to fuel their physical demands and directives, but how do their meals compare to that of the average civilian?

Here's everything you ever wanted to know about the 'three squares' served in the forces, and how their chow stacks up to the food civilians eat:

Is the Food Good in the Military? 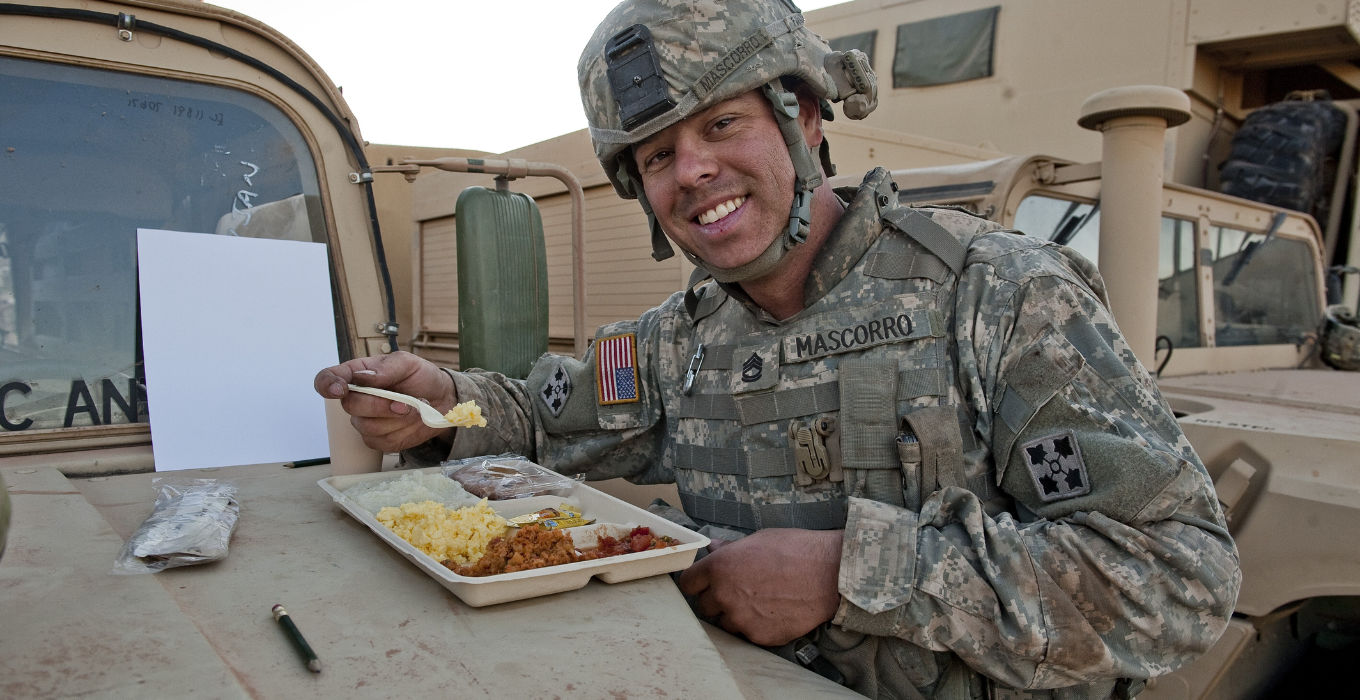 Ah, the age-old answer every new recruit wants to know (and every civilian secretly wonders!)... Is the food actually good in the military?

To be completely straight with you, the answer depends on 4 factors: who you ask, which military branch they serve for, where they’re stationed, and their rank. Chances are you’ll be met with a full spectrum of reactions when asking service members their personal opinions on the taste, quality and presentation of their meals - but generally, you can’t fault the military for their efforts to keep everyone fed, fueled and energized.

Don’t forget, it’s a tough job feeding not only a crowd, but also a crowd in the field, potentially in dangerous territory, and with various energy requirements for their missions at hand.

That being said, each military branch sticks to some basic guidelines as a blueprint. In a nutshell, feeding America’s fighting forces is hinged on 4 key factors:

Is the Food More Nutritious By Any Means? 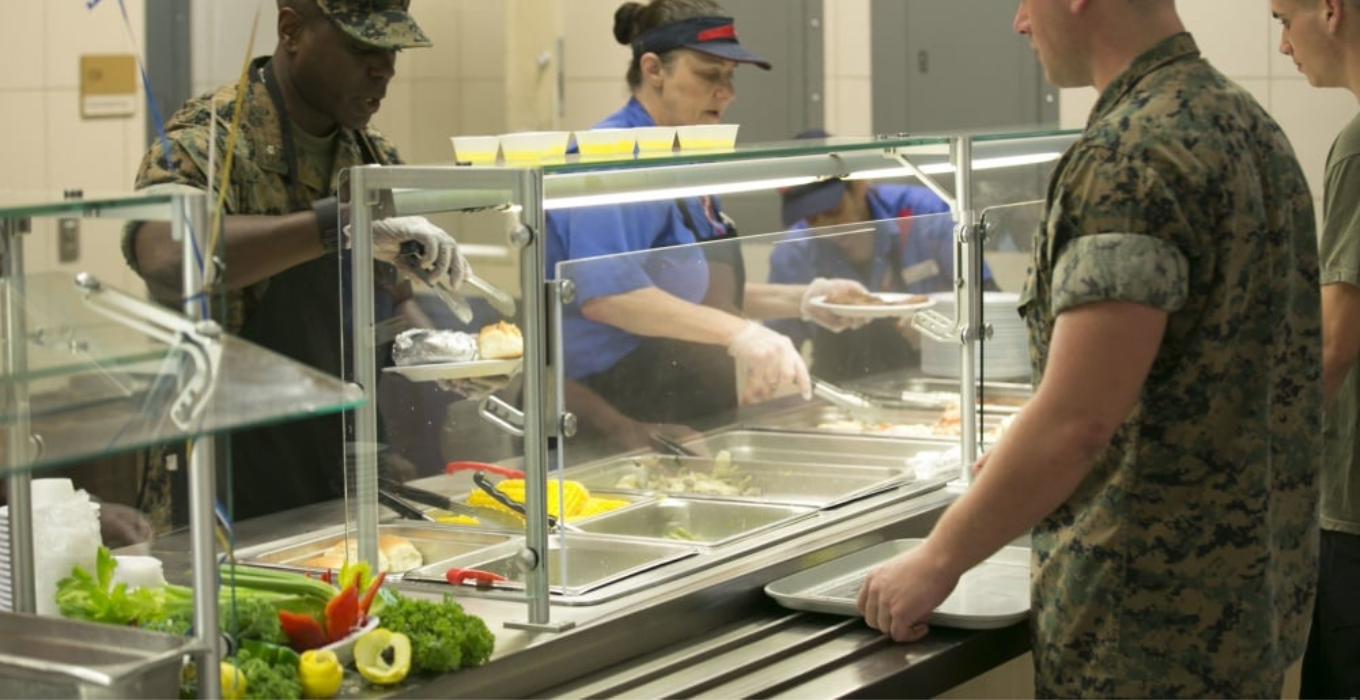 When pondering whether military meals are generally healthy, it’s all relative. As a general rule, the military assumes you’ll be more active than your average civilian, which means they serve up more heavy, calorie-dense food to fuel intense energy output.

This high-energy sustenance features plenty of carbs, protein and fats, making it ideal for soldiers burning 5,000-7,000 calories a day in the field on operations or training exercises - but not so good for personnel with a desk job.

In the military, you’re expected to be “fighting fit”, not showing off your abs. Aesthetic fitness means nothing at the end of the day if you’re lacking the functional fitness to carry out objectives with intense physical demands. Overall, you’ll be offered up a complete profile of essential nutrients, but it’s up to the individual to load up their plate at the steam table with a balanced meal that matches their energy needs.

Additionally, food is a key component in morale boosting. For enlisted soldiers on deployment, comfort food and familiar meals on festive occasions go a long ways to keeping everyone happy and focused on the task, so low-cal options take a back seat more often than not!

What Are the Different Chow Options?

A lot of what military personnel eat depends on their current objective and station, as follows: 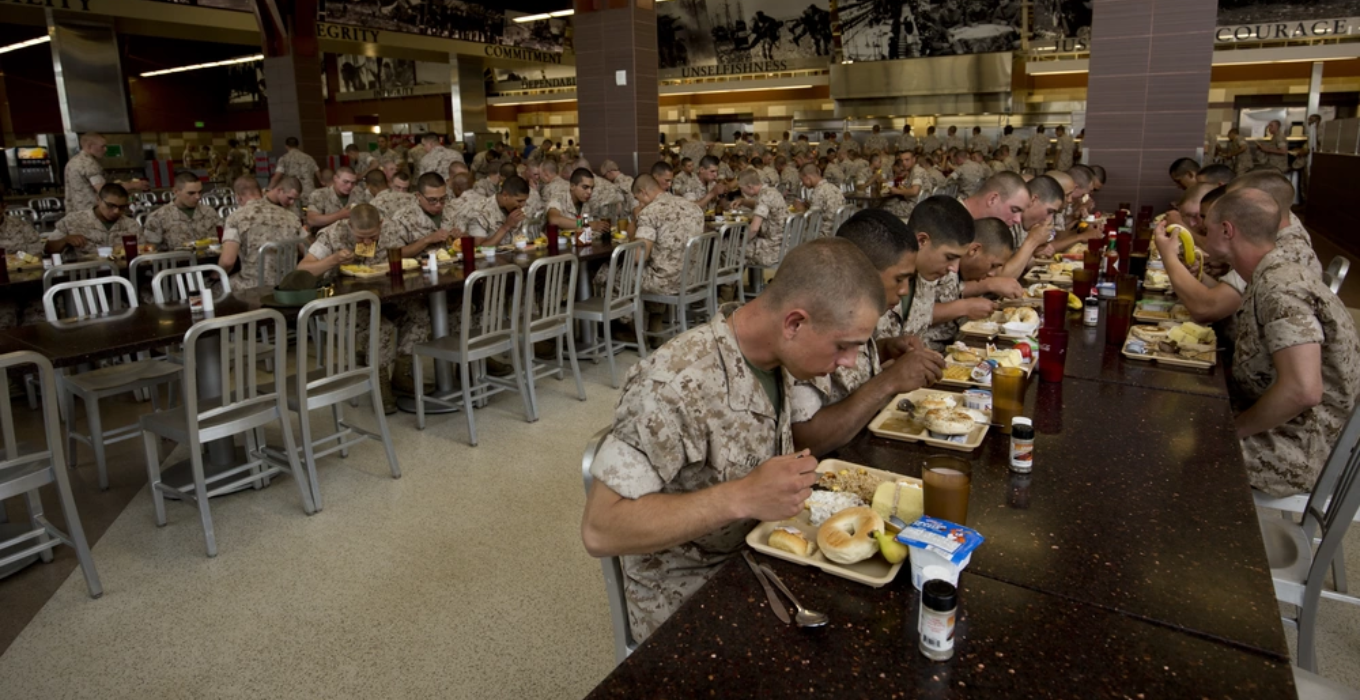 With a recent push to offer healthier choices, enlisted members stationed on barracks, undergoing basic training or living on base have reasonable autonomy over what they choose to eat.

Meals are either provided at the “Chow Hall” four times a day where you’ll find all the usual cafeteria-style buffet options like salads, mains, veggies, meats and desserts.

Additionally, most US military bases around the world are set up like mini cities, and have all the standard American fast food joints too. As such, healthy options can be limited and it's often too time-consuming for personnel to leave the base to grab something healthier, then pass through security upon their return.

Much like the civilian world, it’s up to the individual to manage their nutrition and portion control when they're not in the field. 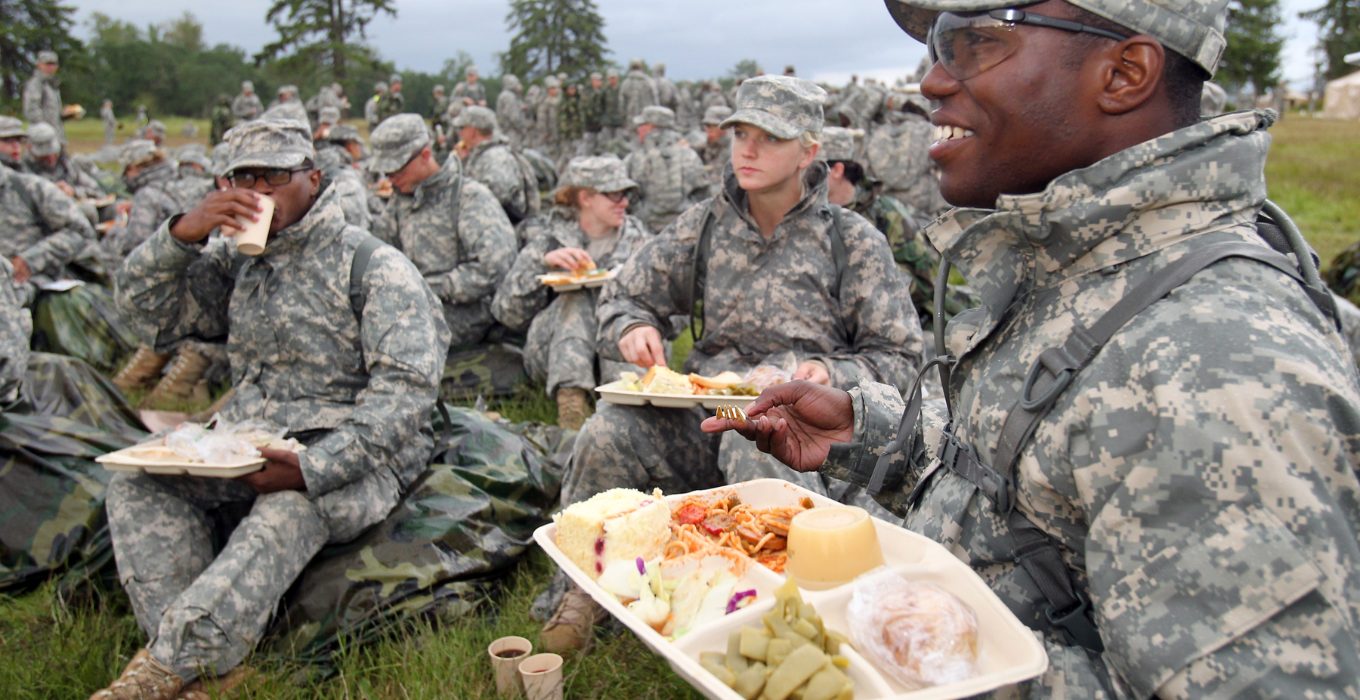 Calorie loading is key when military field operations and combat is underway, and there’s two options for energy-dense meals designed to sustain highly physical tasks: Outpost field kitchens or makeshift mess halls when the location allows it, and the second form of sustenance... (You know what's coming) *drumroll*... 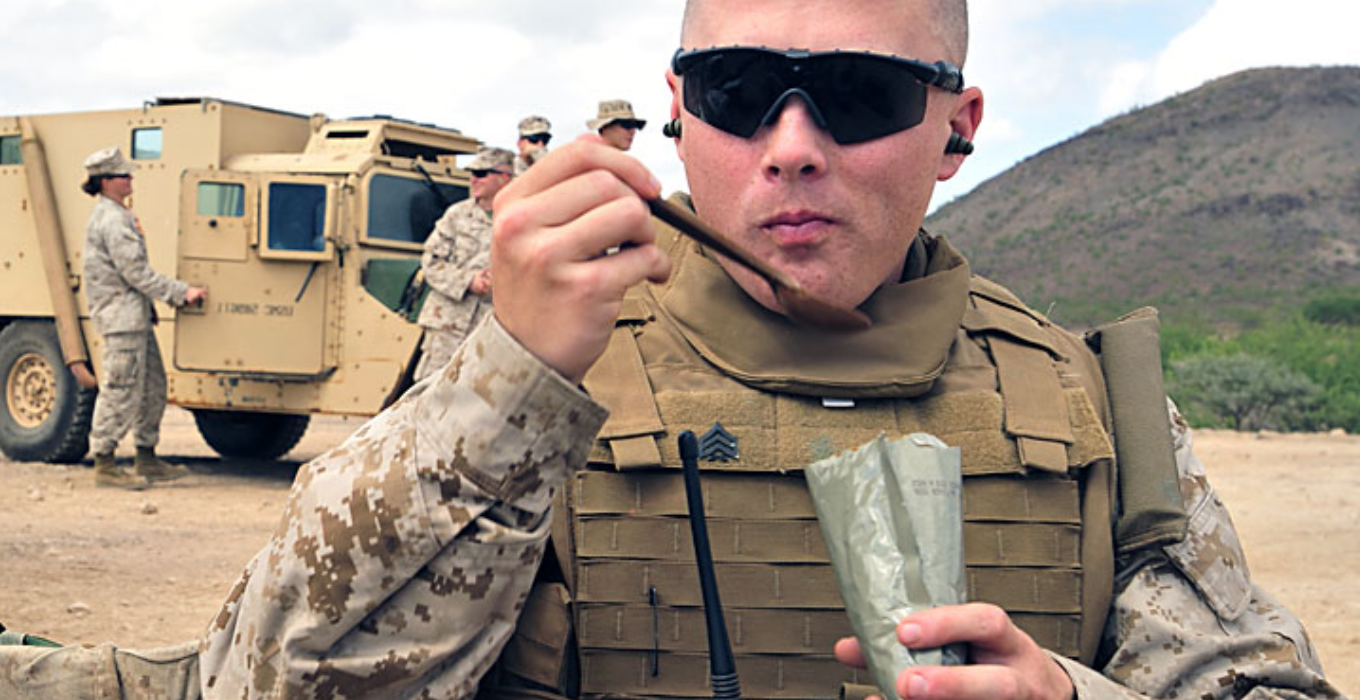 Meals, Ready-to-Eat (MREs) are universally dreaded, and the butt of many jokes for all who’ve had the misfortune of surviving on them for more than a few days. Still, they're reliable field rations for combat missions or exercises in remote locations, so many soldiers are familiar with this taste sensation.

These shelf-stable rations pack in 1200–1400 calories per meal kit, and 2–3 MREs per day provide enough energy for soldiers to sustain combat operations when there’s no access to better sources of nutrition.

They’re the military equivalent of survival food - usually consisting of an entree like chili mac or beef stew in a foil envelope with crackers, jelly and candy - and they look and taste about as good as you’d expect for food you can still eat in 10 years’ time without refrigeration. 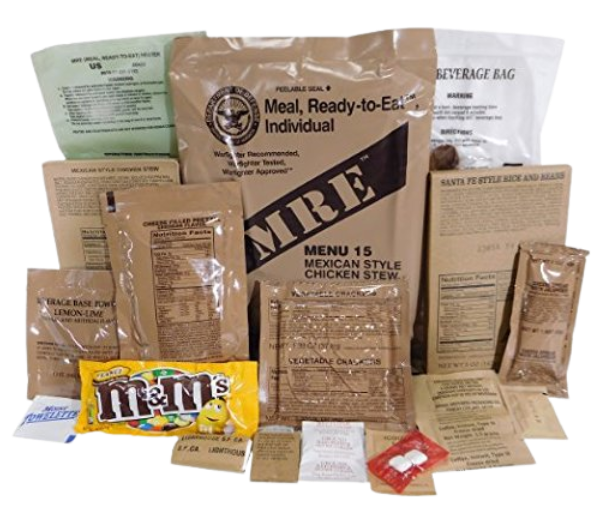 Despite the fact that MREs are technically complete in their balance of protein, fat, carbs and electrolytes, they do miss out on micronutrients, fiber, and fresh fruit and veg. Not to mention, they’re laden with sodium to extend their shelf life - so they’re not recommended for longer than 3 weeks at a stretch. Plus, life kinda sucks after eating cold vac-packed goo out of a pouch for weeks on end… The mental struggle of MREs is real. 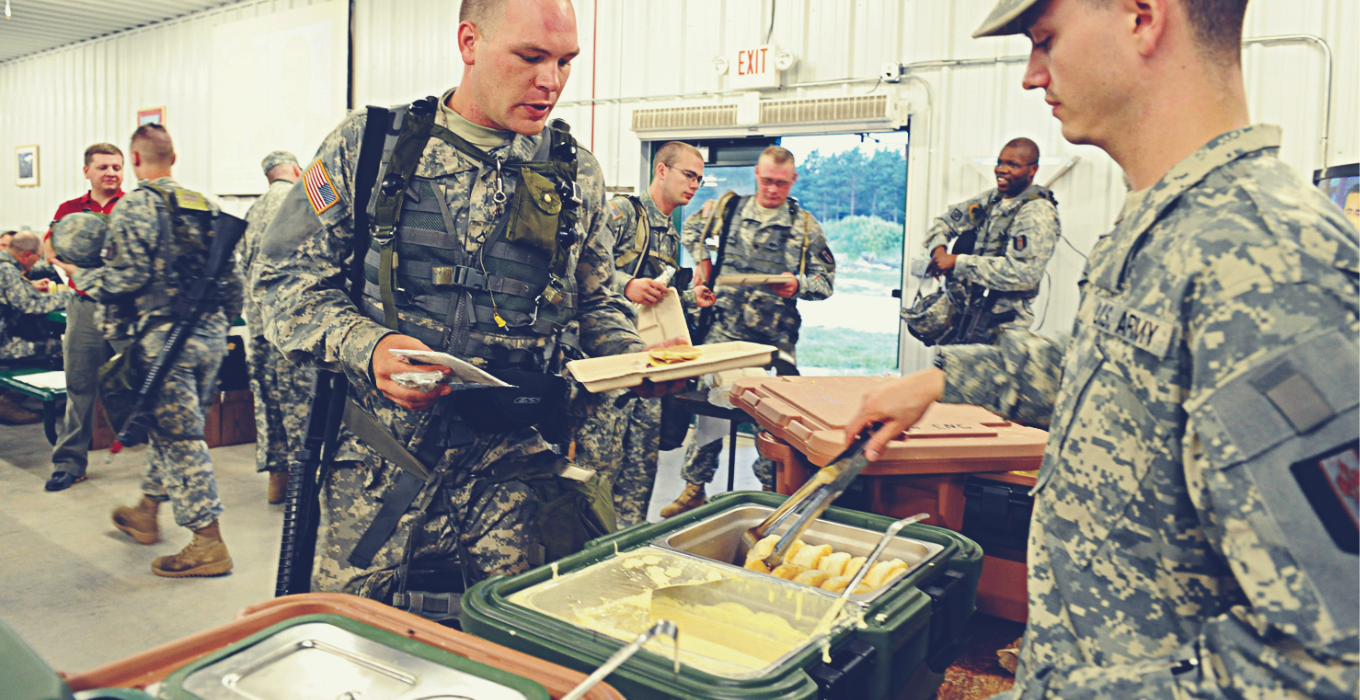 The U.S. military officially states that they do accommodate kosher, halal and vegetarian diets for their service members. Like many governmental branches, however, the military has been slow to catch up with some of the more modern alternative lifestyles to hit the mainstream.

For instance, no MREs are completely plant-based, making life difficult for service members who choose to adopt a plant-based lifestyle in combat positions. With things as they are currently, it’s evident that members of the military for the most part simply can’t afford to go vegan. 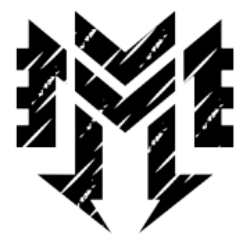 All in all, the everyday nutrition provided in America’s military is on par with civilian food - albeit with a focus on more calorie-dense foods that should be accounted for if you have a more sedentary position. Generally, there’s a variety of healthy, nutritionally balanced options to fuel America’s fighting force.

That being said, you can’t ignore the fact that in the armed forces, food is mainly regarded as fuel. You’ll need to accept that you won’t have the plethora of exotic, gourmet or adventurous tastes as off-base… So if you live to eat, you might want to reconsider a life of Mess Halls and MREs! 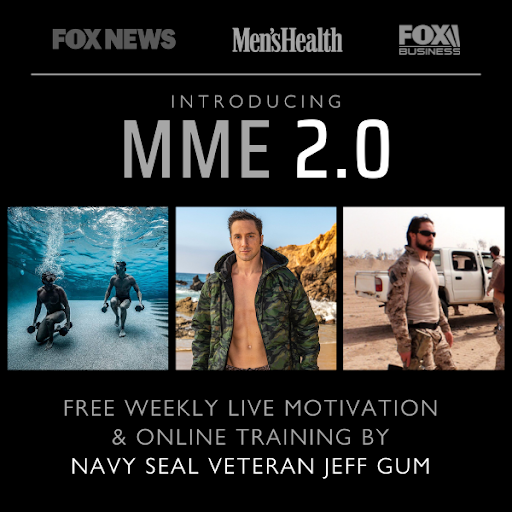 You'll also get one-on-one coaching, exclusive new programs for all experience levels, killer offers, and content only available to MME2.0 members - and a ton more that I can't reveal just yet.

Almost forgot - this upgrade is and always be FREE.

Ready to enter the next stage of unstoppable mental and physical evolution?

Join our growing community at MME2.0 using your exclusive access link below.

join mme2.0 now
Back to News
Use left/right arrows to navigate the slideshow or swipe left/right if using a mobile device