Maintaining the motivation needed to stay fit, be prepared, and hold true to your beliefs can be tough, especially when the entire Internet (except for our site, that is!) seems to be against you.

Here are three inspirational veterans you should follow for motivation whenever you're feeling down or need some advice... This veteran is actually a retired U.S. Navy SEAL – that’s right, he’s one of the best of the best! He’s seen active military service and was awarded several medals for his actions.

He’s a great figure to follow for preppers and essentially anyone looking to improve themselves. After leaving the Navy, he formed a leadership consulting firm. This has allowed him to spread his ideas about leadership for the betterment of other people. He’s also written a book to this effect. You can also follow his Twitter if you want some great workout inspiration pics and videos. Honestly, he’s a great guy to follow for general self-betterment – wouldn’t you rather be fit in the event of a catastrophe than struggling to get out of your chair? Here’s a hero of the physical arts: an ultra marathon runner, cyclist, triathlete, and another retired U.S. Navy SEAL. He’s also seen duty in Iraq and was the one-time world record holder for the most pull-ups done in 24 hours. Speaking of inspiration, he now spends most of his time as an inspirational speaker for athletics teams, businesspeople, and more.

His Twitter account is a great one to follow since it’s chock full of helpful physical exercise advice, motivational videos, and links to some of the content he's put out over the past few years. While his stuff isn't directly related to preparing for any kind of disaster per se, there's a lot to learn from his can-do attitude.

Think of it this way: in the event of a catastrophe, it’ll be better for you to face the challenges head-on instead of faltering or feeling lost. With Goggins' book and lessons, tackling any challenges a new world could throw at you will be easier. 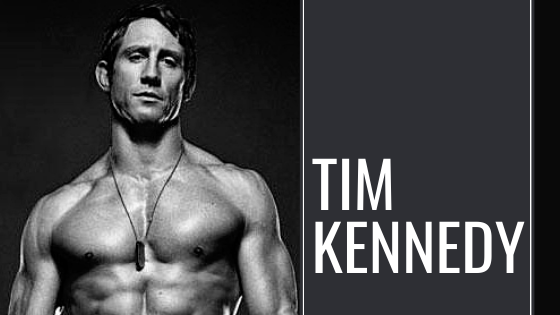 Last up is Tim Kennedy, a retired MMA fighter who was pro-from 2001 to 2016. Even more impressive, he served in the U.S. Army while maintaining his professional fighting career. He even completed Ranger School in 2007 and was deployed in Iraq multiple times. As a bonus, he also has some content about hunting – this could be very valuable information in the event you need to hunt yourself sometime in the future!

All in all, each of these veterans have tough life stories and plenty of things to teach anyone willing to listen. They're great sources of motivation and practical advice: a perfect combination for anyone wanting to prepare for the worst.

Thank you for reading, STAY STRONG.